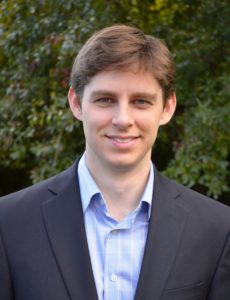 Richard is an experienced leader with years of project management experience. Having grown up in the New Orleans Area, he is an Eagle Scout and a proud graduate of Louisiana State University. At LSU, Richard finished in the top of his class in both Biological Engineering and Law. He went on to join the Foreign Service of the U.S Department of State, serving in Washington, D.C., Germany, and the Republic of Georgia. As a State Department Officer, engineer, and diplomat, he managed projects and programs protecting American embassies around the world from terrorism and espionage. From Paris to Kandahar, Richard earned numerous awards for his ability to achieve success in the most challenging of circumstances.

He returned home with his family in May 2017 to become Executive Vice President of PMOLink. He has eight years of project management experience in a range of industries including government, security, IT, and healthcare. Richard has extensive international project management experience, having managed over $60 million worth of concurrent projects across several continents.